Recently, Volvo Construction Equipment and Lego worked with a group of children to create a future automation concept wheel loader - ZEUX. This revolutionary autonomous concept wheel loader was developed by Volvo Construction Equipment and LEGO. At the same time, LEGO will launch a new Lego Technic series of toys according to ZEUX, which was officially released in August this year. â€œDesigning future construction equipmentâ€ is the common goal of both teams.

This collaboration enabled a variety of conceptual testing of new construction equipment, including functionality, scale, design and interaction, and also made artificial intelligence more user-friendly in large construction machinery. In the evolution of construction equipment, the birth of Volvo concept wheel loader ZEUX is a realistic improvement, and the focus group composed of children has helped a lot in the development of ZEUX. The team members gave positive feedback to the designers on the early design drawings, and their opinions finally achieved some novel features of ZEUX. Among them, ZEUX's two main highlights - "drawing drone" and the adjustable camera lift arm mounted on the top of the vehicle - also known as "sky eye", are from the group's creativity.

â€œEye of the Eyesâ€ embodies a new and innovative feature: it accurately shows where the â€œattentionâ€ of the device is pointing â€“ which means it can â€œeye contactâ€ with people and confirm their existence. This feature is not inherent in autonomous vehicles because automated steering equipment typically requires multiple sensors to help the vehicle move between stationary and moving objects that are not visible to the human eye at the same time. â€œEye of the Eyesâ€ solves this problem and makes interaction with the device as safe and intuitive as possible. 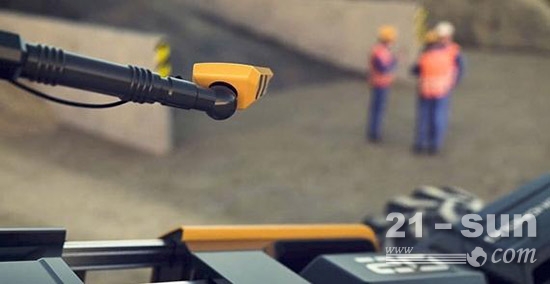 The drone will hover above the ZEUX wheel loader to help ZEUX clearly understand the surrounding environment and things outside its â€œline of sightâ€ and plan how to work based on this information. 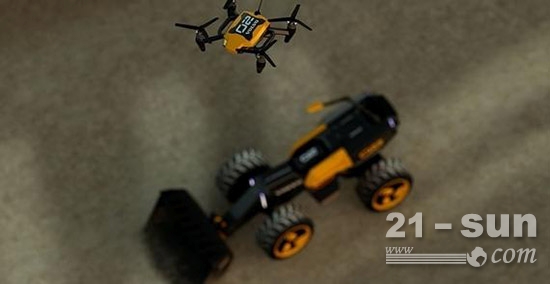 The ZEUX is equipped with four 25kW electric engines for traction (one for each wheel). Since automated driving requires balancing equipment, the ZEUX's wheels are also equipped with sensors â€“ just like human feet â€“ that provide excellent traction and stability for the ZEUX and set the direction of the wheel's driving force. The ZEUX's two axles are also equipped with an Ackermann steering system that further enhances stability during 360-degree steering and significantly improves equipment performance. 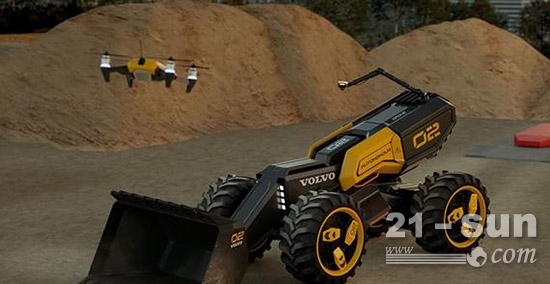 There is no operator in the ZEUX's cab, which allows the vehicle chassis to perform "actions" that are not possible with ordinary equipment. With the design concept of the scissor frame, the body of the ZEUX can be lifted and lowered as needed, so that the equipment is in the best working posture. The body balance will be maintained by the self-movement of the counterweight (which also includes the battery pack), which means that ZEUX can change the center of gravity as needed. When working in the field, ZEUX's dumping performance will be stronger than traditional equipment. When loading the bucket, the entire unit's body can be lowered in height and the balance can be rebalanced to save power. 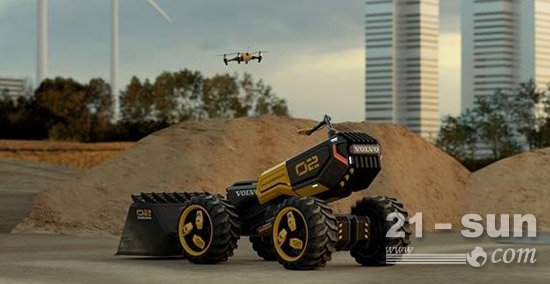 The ZEUX self-driving wheel loader is fully electric and its 150 kWh battery is enough for the machine to work for three to five hours. The device then returns to the charging station to charge the battery in a charge-sensing manner (without plugging in the power supply) for continuous operation of the ZEUX. (This article is from Volvo)

two hole) will be put in second row of placement. Therefore, our splice cutter will definitely not cut the

2. not damage the cutter blade.